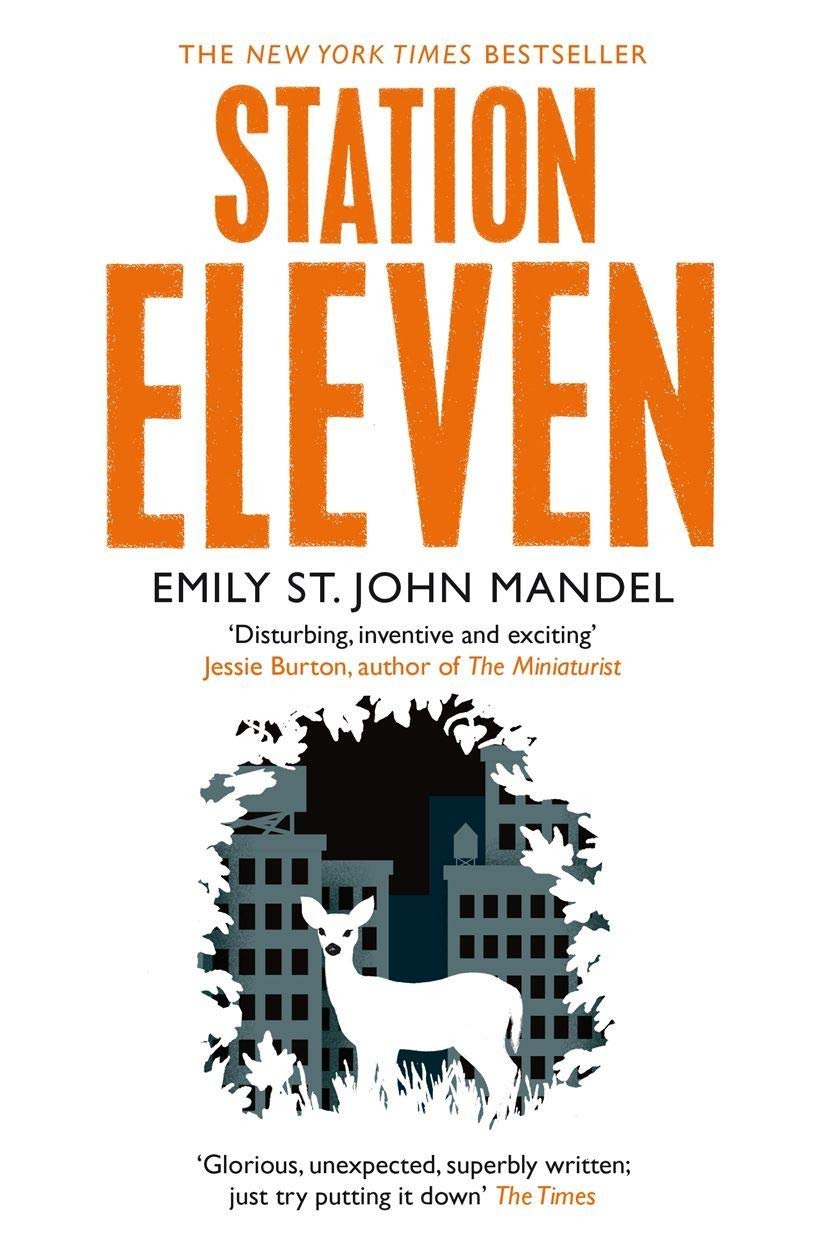 Narration: Third Person, With Focus on the Perspectives of Major Characters

Set in the days of civilization’s collapse, Station Eleven tells the story of a Hollywood star, his would-be savior, and a nomadic group of actors roaming the scattered outposts of the Great Lakes region, risking everything for art and humanity.

One snowy night a famous Hollywood actor slumps over and dies onstage during a production of King Lear. Hours later, the world as we know it begins to dissolve.

Moving back and forth in time—from the actor’s early days as a film star to fifteen years in the future, when a theater troupe known as the Traveling Symphony roams the wasteland of what remains—this suspenseful, elegiac, spellbinding novel charts the strange twists of fate that connect five people: the actor, the man who tried to save him, the actor’s first wife, his oldest friend, and a young actress with the Traveling Symphony, caught in the crosshairs of a dangerous self-proclaimed prophet.

Station Eleven by Emily St. John Mandel is the “Velvet Elvis” of post-apocalyptic books, a surprisingly different form than usual with a style all its own.

“Post-apocalyptic literary science fiction” was one way I have heard it described, and also “books about pandemics” and I here adopt both descriptions. Mandel has certainly softened the Mad Max edges off her story and provided a ponderous, meandering and thoughtful account of a world with a lot less people.

Telling the story before and after a global pandemic, many readers will liken this to Stephen King’s 1978 classic The Stand, as here the culprit is the Georgian flu which kills in hours not days. Mandel’s prose is in tone and structure like Jennifer Egan’s award winning 2010 novel A Visit from the Goon Squad. We visit 20 years after the collapse and then relive moments years before and then contemporaneous with the global spread of the disease. I was also reminded of Bradbury’s “There will come soft rains” with it’s quiet, somber reflections and recollections of the time before. Philip K. Dick’s Dr. Bloodmoney is another book that I would categorize Station Eleven with – a softer, gentler and kinder vision of a world after catastrophe.

In Station Eleven by Emily St. John Mandel, author portrays her survivors as yearning to keep the flame of civilization lit. We follow Miranda, the Station Eleven graphic novel artist and the graphic novel that survives the apocalypse. Also, Arthur Leander, an actor who plays King Lear just before the pandemic. Finally, Mandel introduces a troupe of actors and musicians traveling from town to town after the “collapse” performing symphonies and Shakespeare.

This is the way the world ends, not with a bang but a whimper. Mandel poses existential questions about living where only weeks before the pandemic people were worried about meaningless, inconsequential things and only minimally connected to the world around them. Station Eleven, named after the graphic novel which had a very limited production and was drawn not for commercial success but for the sake of the art, is an examination of our culture in eulogy.

One of the central characters, Clark, forms a museum of civilization in an abandoned airport and preserves relics of what the people of the new world should try to remember of the past, only recently departed.

Anatomy of a Broken Heart by Victoria Onica

In a Relationship with Food by Victoria Onica

Best Books For Students Published in 2022

Anatomy of a Broken Heart by Victoria Onica

In a Relationship with Food by Victoria Onica