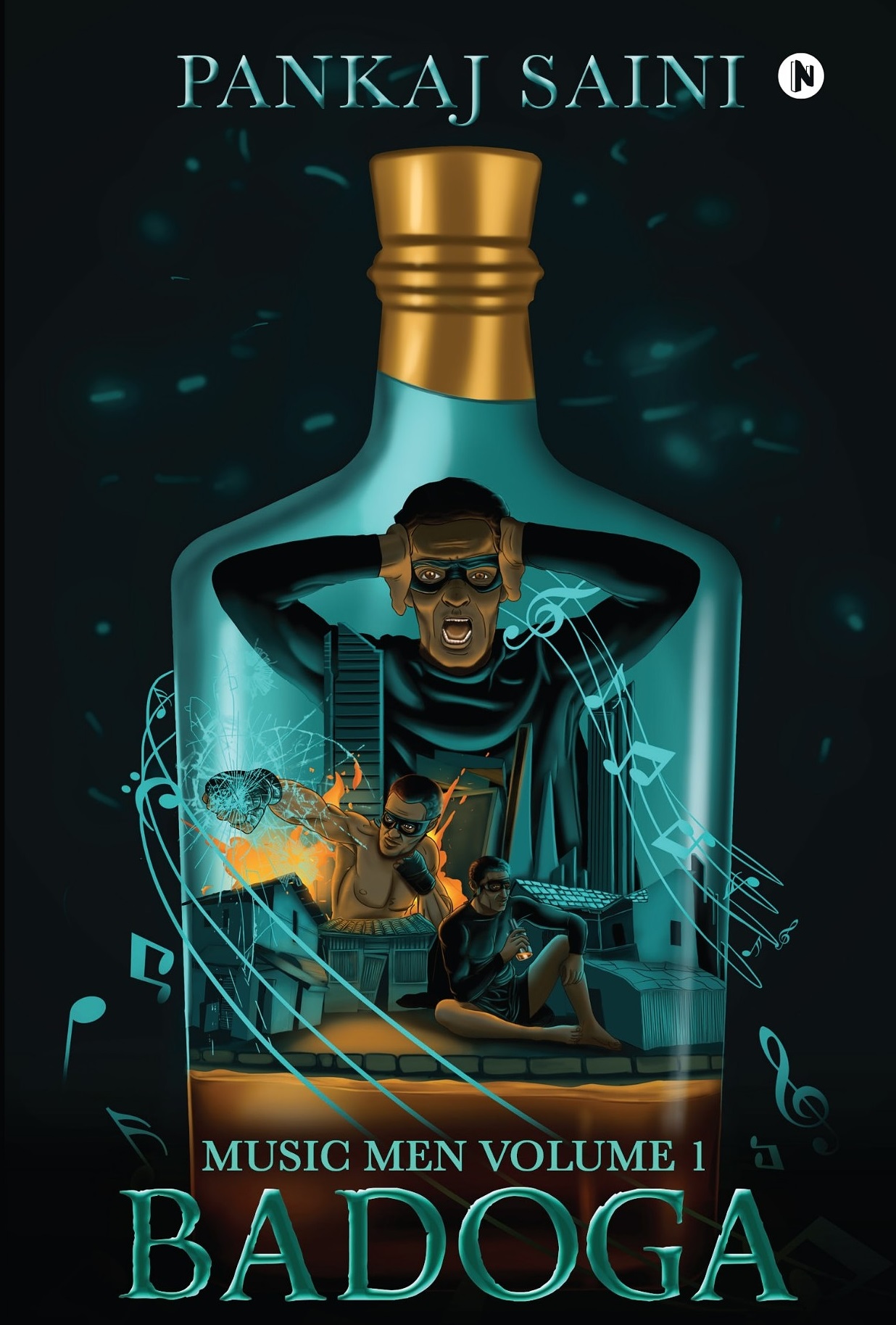 Sartaj, an amateur boxer and a regular engineer from Haryana, is a conflicted man trying to navigate a gentler and more modern version of himself down south in India’s Silicon Valley. His 20s are riddled with sex, money, liquor and even love.

From terrifying nightmares to weird voices in his head, his bizarre experiences make him question his religious and empirical beliefs. At 30, in his search for something meaningful, he surprises himself when he jumps at a strange opportunity to become a vigilante and proudly brands himself a superhero: Badoga.

But does he even have a cause?
Or is his vanity getting the better of him?
Is he the good guy within this new world of the Music Men?
Who defines what is moral and whose game is he playing?
Has his past left him susceptible to a hero complex?
Are the Music Men taking advantage of this?
Can he just walk away from the mess he finds himself in or does he continue to spiral further down into the web of Music Men?

Join Sartaj as he narrates his adventures with the powerful and mystifying Music Men.

Sartaj, the only son of a wealthy and influential family from Haryana, works in an IT firm in Banglore. He’s also an impressive boxer and channels his frustration and anger on the punching bags. He’s living a satisfied bachelor life anyone can be jealous of, hanging out with friends, liquor and girls, broken heart and relationships.

Sartaj learns about his powers with the help of voices in his head. He’s now Badoga, one of the Music Men. They’re safeguarding and defending humans since long time. This revelation unravels new responsibilities and expectations on Sartaj, now Badoga.

I thought long and hard about the many reasons I liked Music Men: Badoga and I think it’s mostly due to the way it was written. Pankaj Saini made his story some sort of puzzle and the longer you read, the more is revealed and every piece eventually falls into place. There’s a certain depth to his characters you never actually see on the pages, but it’s all there, in their actions, the way they behave. In the way they talk and interact with each other. There’s an entire background story and we get it piece by piece, little by little.

There is something about Pankaj Saini’s writing that appeals to me on so many levels.

First of all he has great characters. I immediately liked the character of Sartaj. He is intelligent to the point of being geeky, but I could completely identify with that. I found his voice refreshing, honest and witty. The supporting characters are great as well, from Ranjana and Vishal to other characters introduced in the story.

Next we have the world building. It is so easy to step in and just get lost in the world author has created. They are so detailed, but he delivers it in such a way that it isn’t an information overload nor do you get the feeling you are being spoon-fed.

Finally we have a little bit of mystery. Strange happenings, or little clues that when dropped mean very little, but at the end Author Pankaj Saini ties them all together into some system that absolutely just works. There are plenty of questions answered towards the end, though everything is not revealed as there is a sequel planned for this amazing book.

I would describe Music Men: Badoga as a graphic novel without pictures. From the breathtaking prologue through the final page, it is action, action, action. This makes for a pretty quick read, although I personally found that trying to visualize all the choreography of the scenes occasionally got a little exhausting.

The plot is exciting and eventful and the character’s abilities and potential is endless so it’s an enchanting read. It is fast-moving and there are a few twists which really made me read faster. This was a very strong start to a series and it is definitely an instant favourite. I’m really looking forward to reading the next installment in the series.