Book Review: Then She Was Gone by Lisa Jewell

Title: Then She Was Gone 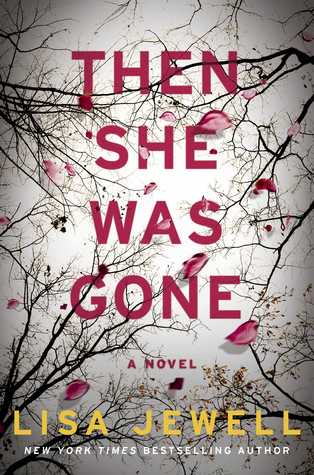 Narrator: Split between the first-person and the third-person perspective. The opening sequence, as with most of the novel, is narrated through the third person point of view.

Book Summary: Then She Was Gone by Lisa Jewell

Ellie Mack was the perfect daughter. She was fifteen, the youngest of three. And she was beloved by her parents, friends, and teachers. She and her boyfriend made a teenaged golden couple. She was days away from an idyllic post-exams summer vacation, with her whole life ahead of her.

And then she was gone.

Now, her mother Laurel Mack is trying to put her life back together. It’s been ten years since her daughter disappeared, seven years since her marriage ended, and only months since the last clue in Ellie’s case was unearthed. So when she meets an unexpectedly charming man in a café, no one is more surprised than Laurel at how quickly their flirtation develops into something deeper. Before she knows it, she’s meeting Floyd’s daughters—and his youngest, Poppy, takes Laurel’s breath away.

Because looking at Poppy is like looking at Ellie. And now, the unanswered questions she’s tried so hard to put to rest begin to haunt Laurel anew.
Where did Ellie go?
Did she really run away from home, as the police have long suspected, or was there a more sinister reason for her disappearance?
Who is Floyd, really?
And why does his daughter remind Laurel so viscerally of her own missing girl?

Book Review: Then She Was Gone by Lisa Jewell

Gripping psychological thriller about the disappearance of 15-year-old Ellie Mack. Then She Was Gone by Lisa Jewell is not about what happened to Ellie, it’s more about the how and the why she disappeared, as well as the after-effects of her disappearance on her family.

One morning, Ellie Mack heads to the library. At 10:43 am, she was never to be seen again. The police’s investigation never turned up any clues to what happened to her, but believe she ran away. Her mother, Laurel, believes otherwise. After 10 years have passed, the family finally gets some answers–what they don’t realize is how close they were to knowing the truth all along.

“When I read a book it feels like real life and when I put the book down it’s like I go back into the dream.”

As Laurel slowly finds closure, she begins to rebuild her life. She starts dating and it seems as if she has found love again with a single father named Floyd. But something isn’t quite right about Floyd, specially his relationship with his nine-year-old daughter, Polly. The more and more Laurel spends time with Floyd and Polly, she comes to realize that what happened to Ellie was not at all what it seemed.

The reasons behind Ellie’s disappearance come to light through Ellie’s POV. Her mother, Laurel, also has a main voice in the story.

“A man who can’t love but desperately needs to be loved is a dangerous thing indeed.”

There are several things I loved about Then She Was Gone by Lisa Jewell. While it’s obvious what happened to Ellie, what is not are the reasons why. Lisa Jewell has a way of writing that is just completely enthralling. I always get sucked into her books, and one of the reasons why is her strong characterization. By the end of this, I really felt like I knew Laurel Mack.

Although parts of the story are a little bizarre (Jewell says this herself in the Acknowledgements), she makes it work. Then She Was Gone by Lisa Jewell is a fast-paced, dark read with some interesting twists and some well-written psychopaths! I highly recommend!